How Men Can Cultivate a Winning Mentality for Dating

Dating is a complex beast, and if you’re a man, odds are you’ve never received much by way of guidance on how to date, let alone advice that actually works. In fact, there’s actually more bad dating advice for men than good!

That’s about to change. I’m going to show you exactly how to succeed at dating.

As a professional dating coach for men with over 15 years of experience and hundreds of clients, I know a thing or two about what works–and what leads to failure. I’m going to share the same secrets that my male clients pay me thousands of dollars for in 1:1 coaching.

Humans are social creatures. We are programmed/evolved to surround ourselves with like-minded individuals that hopefully care about us.

And while it’s great to have an urban family, real family or some tight-knit, long term friends, I think that the apex of human connection is to have a romantic partner that loves us for everything we are (and are not).

That “us against the world” mentality. Someone that craves your physical touch as well as your compassionate personality. A copilot to ride next to you on your life’s journey. 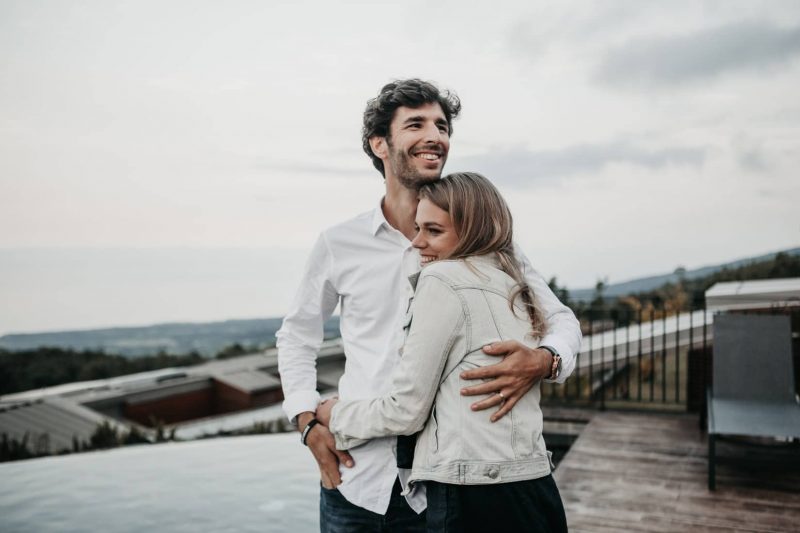 This is easier said than done, of course.

Many times I equate dating to playing pool. In most sports, basketball, baseball, soccer, you learn the basics first and gradually add skills and layers as you get older and spend more time studying it.

In pool, for the most part, you just…start playing. Whether it’s at a bar, a friend’s house or elsewhere, no one sits you down and says, “This is a cue ball. This is a cue. This is how you control the cue ball with the cue. Now try this exercise 100 times.”

No, you just start playing and try to pick up the rules and the skills along the way. Some people have natural talent and some people don’t. Some people will spend years perfecting it while some only dabble in it once in a while.

And heck, even for same sex relationships, where both sexes may think the same way, it still doesn’t seem to make it any easier to find sex, love and companionship.

What every man needs to understand about dating

If you want to succeed at dating as a man there are two big ideas to understand at the beginning.

The first is that most of dating, and the issues that come with it, are mental. It’s not about the “right” opening line or a memorized routine or wearing new clothes. It’s about your attitude and how you choose to react and think about situations.

Those are all perfect examples of why most men’s dating advice is actually bad! 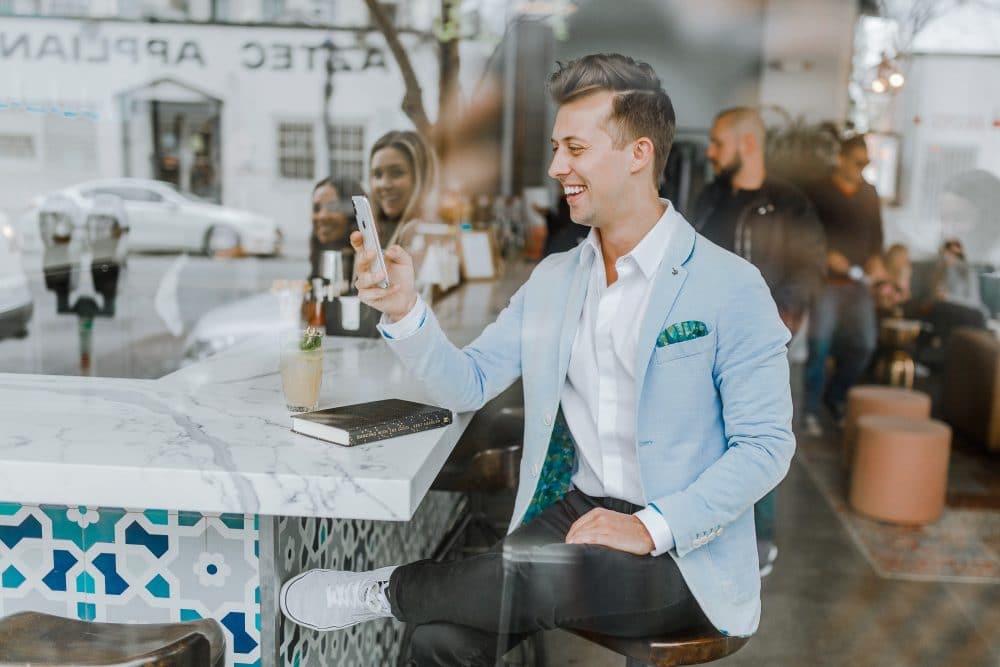 I cannot overstate how important having the right mentality is. Any time you learn anything new, there is going to be a learning curve. One comment I loathe is, “Oh I suck at that.” No you don’t. You just don’t have as much experience as someone else.

Many times I have male clients that after the first lesson want or expect to go out and have unlimited successes.

Imagine after your first tennis lesson, you wanted to go out and play Roger Federer. You’re going to get creamed!

And hey, that’s totally fine if you have your eyes open. Everything is experience. But thinking you’re going to beat him, well, it’s just not going to happen.

Same way with dating. Every lesson, every experience is a step in the right direction. Just don’t expect to jump straight to the finish line.

Thomas Edison was asked by a New York Times reporter how it felt to fail over 700 times when making the lightbulb.

How to set the right goals for dating

Another thing to keep in mind when designing your dating strategy is setting the correct goals for yourself. 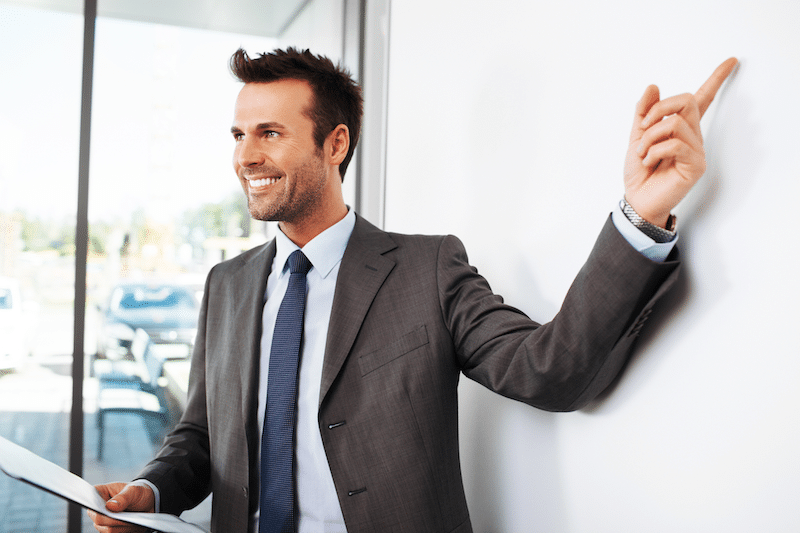 If you say to yourself, “I’m going to go out tonight and get three phone numbers” and it doesn’t happen, how does that make you feel?

It makes you feel like crap and doesn’t make you want to try it again. That’s only because you set the incorrect goal, or rather you set yourself up for failure by making it too hard.

Instead, have a goal of smiling at three different women next time you go out. Do you think you can do that? Of course you can!

And if you succeed in this, it makes you feel good. It floods your brain with dopamine and serotonin, the brain’s feel good chemicals. And it makes you want to do it again.

As you progress, you raise your goal a little bit, then a little bit more. Don’t focus on the end goal, it’s too nebulous and in fact, it’s the wrong dating goal. But more on that later.

“But how am I supposed to not let failure hurt and make me want to crawl back into bed?” This is where having the right mentality and correct goal setting come into play.

Let’s say you go out to a house party. You are hanging out with your friends and having a good time. You approach a few girls at different times and have a decent conversation but nothing comes out of any of them.

Did you fail? Did you succeed? It’s all mental.

If you gave yourself the (probably) unreachable goal of going home with someone, then you didn’t succeed and you feel bad.

But if your goal was to have fun and talk to a few members of the opposite sex, then your night was a rousing success!

My own personal mantra is “Everyone I speak to has something to teach me and it’s my job to learn it, whether it’s over 30 seconds or 30 years.”

After every human interaction, I leave it more knowledgeable, smarter, wiser, deeper, more interesting or a combination. Even if it went horribly, I have a funny story to tell my friends later. So, for me, every interaction is a win-win.

With this mentality, it makes me want to seek out new people and experiences because with each one, I grow as a person. You’ll need to find your own mental trick to become okay with it.

The second thing to remember is that dating is a skill set and, like any other skill set, it can be learned. 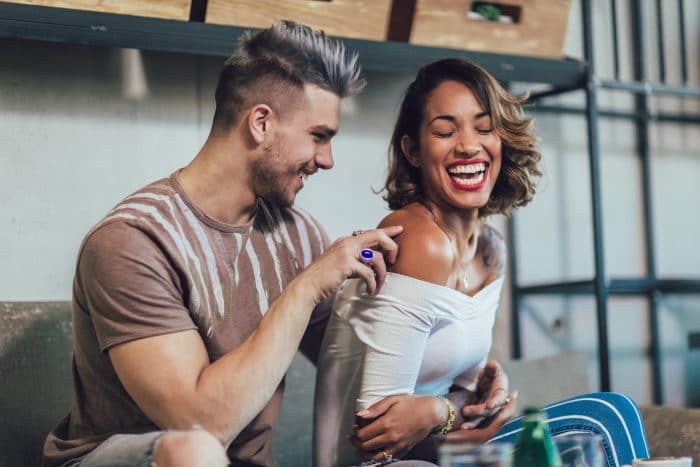 One piece of men’s dating advice I hear that makes me incensed, and you’ve probably heard this is, “Don’t worry, it’ll happen.” Aaaaaaaarrrrrrrrgggggghhhhhh! **shakes fist at the sky**

This is usually said by caring friends or family but it’s one of the worst things to say!

If you wanted to learn to speak French or to build furniture and someone said to you, “Don’t worry, it’ll happen,” how silly and inane does that sound?! No, it is not “just going to happen.”

It takes a lot of work to develop a new skill set. People spend hundreds of hours mastering a new skill. Yet with dating, arguably the most important thing there is, people don’t feel they have to or need to devote any specific time to it.

This might seem overwhelming but don’t worry, I’ll be breaking it down for you.

Leveling up your dating game requires mastering a series of small skills. I used to play role playing games (I still do, let’s be honest.) and all of the characters have stats: strength, intelligence, dexterity, etc.

In order to level up or get better you gradually raise each stat which has the overall benefit of making you stronger, faster and better at dating in the long run.

In dating, some of those skills would be approaching, confidence, conversation, leadership and more. When we can focus on one particular skill at a time and break it down, it becomes much less daunting and much easier to achieve.

How to get started

I may be wrapping up this article, but we’re actually just getting started, so don’t end your quest for good men’s dating advice here.

How that you have a better understanding of how men can get better at dating, here are some questions you should ask yourself:

Do you have the right mentality for dating? Are you prepared to devote some time to this? Have you understood that failure is a necessary and totally okay part of this process?

If you answered yes, yes and yes then then jump into my next article, 4 Things Women Look for In Men – Skills You Can Master. This is where things start to get good!

Why is there so much bad men's dating advice out there?

There are dozens, if not hundreds, of bad men's dating coaches who are dwelling out horrible advice. Much of it is from Pick up Artists, who give advice that's short-sighted misogynistic. The approaches fail for the vast majority of men.

First, recognize that dating is a mental game first and foremost. Then, learn to embrace failure. Focus on setting goals and building the skills you will need to reach those goals. Finally, commit to the hard work and dedication you will need to succeed.

How can I learn more?

As DateID's official men's dating coach, I've written articles with some of my best advice right here on the blog. I also take on private clients Dash click the link in my bio to visit my personal website and learn more. 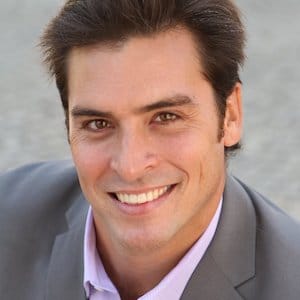 Hunt Ethridge
Dating Coach , Hunt for Advice
Hunt Ethridge is an award-winning dating and relationship expert with over a decade of experience helping people become the best, most dateable versions of themselves. He has founded 3 dating companies including the International Dating Coach Association. He has been featured on CNN, ABC, NBC, FOX, Vanity Fair, The Wall Street Journal, The New York Times, New York Post, Maxim, the Huffington Post, Telemundo, Yahoo! Shine and more. A top expert in his field, he’s consistently called upon for insight, collaboration, and speaking engagements and has over 100 dating advice articles all over the Web. He was voted the #1 Male Dating Expert in the country at the 2016 US Dating Awards.
follow me
×

Hunt Ethridge
Dating Coach , Hunt for Advice
Hunt Ethridge is an award-winning dating and relationship expert with over a decade of experience helping people become the best, most dateable versions of themselves. He has founded 3 dating companies including the International Dating Coach Association. He has been featured on CNN, ABC, NBC, FOX, Vanity Fair, The Wall Street Journal, The New York Times, New York Post, Maxim, the Huffington Post, Telemundo, Yahoo! Shine and more. A top expert in his field, he’s consistently called upon for insight, collaboration, and speaking engagements and has over 100 dating advice articles all over the Web. He was voted the #1 Male Dating Expert in the country at the 2016 US Dating Awards.
follow me
Latest Posts

Look up before you hook up